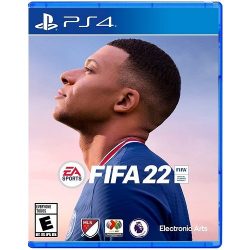 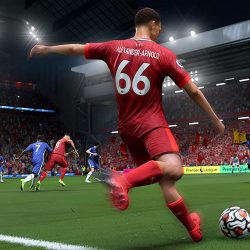 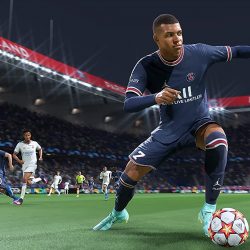 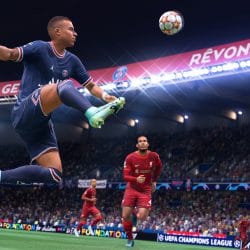 Powered by football, EA SPORTS FIFA 22 brings the game even closer to the real thing with fundamental gameplay advances and a new Season of innovation across every mode.

Hypermotion gameplay technology: brand new for EA SPORTS FIFA and on next generation consoles, hypermotion combines two technologies for the first time ever, revolutionising football gameplay.
goalkeeper rewrite: a brand new goalkeeper system brings a new level of intelligence to the last line of defence, unlocking more reliable shot-stopping and smarter decision-making between the posts. In FIFA 22, goalkeeper positioning personality replicates the different styles of keepers throughout the game – to represent the lightning-fast reflexes of world-class shot stoppers.
true ball physics: real-world data imported into FIFA 22 takes the game’s ball physics to a new level of realism. Tuned parameters including speed, swerve, air drag, air resistance, ground friction, and rolling friction mean every touch, Trap, shot, volley, Pass, and dribble will look, move, and fly like the real thing.
explosive Sprint: a new gameplay mechanic that changes the dynamic of one-on-one situations, explosive Sprint gives you more control over Acceleration when Dribbling or defending. Lure opponents in and choose when to unleash your full speed to get away from the defender as you drive your team forward in attack.
new attacking tactics: new attacking tactics give you more control over how you want your team to play. Set up your team with different styles in each half of the pitch: keep the ball in your half and explode into attack with fast build up in the opponent’s, play direct from box to box, or line up in your own unique style.