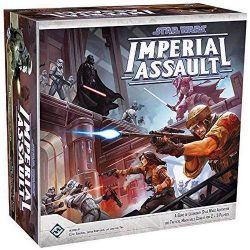 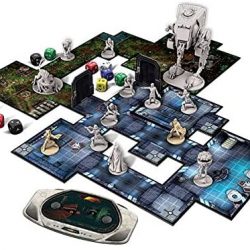 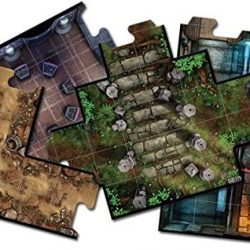 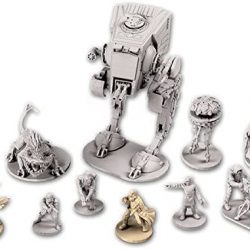 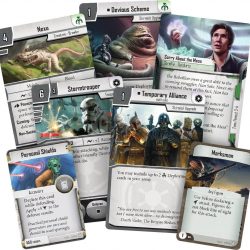 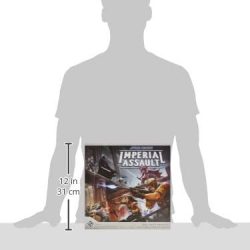 AN EPIC ADVENTURE BOARD GAME IN THE STAR WARS UNIVERSE: The mighty Imperial army and a cadre of deadly bounty hunters face off against daring Rebel heroes in a series of tactical combat missions leading up to a final showdown between the Galactic Empire and the Rebel Alliance.

STRATEGY GAME: This game of tactical combat and missions puts you in the midsty of the Galactic Civil War after the destruction of the Death Star. Build armies and compete in standalone skirmish missions. Recreate epic confrontations from the Star Wars saga or create all-new battles!
ENJOY TWO COMPLETE GAMES: Experience an engrossing narrative campaign that unfolds across multiple missions. Play the head-to-head skirmish mode with a single friend, testing your tactical acumen as you lead your strike team to victory.
HIGHLY VARIABLE: A thrilling campaign contains over 30 missions, ensuring no two games are ever the same. With 34 plastic figures, over 200 cards, over 50 modular map tiles and much more, Imperial Assault is your chance to change the fate of a galaxy far, far away.
NUMBER OF PLAYERS AND AVERAGE PLAYTIME: This action-packed battle game for adults and teens is made for 1 to 5 players and is suitable for ages 14 and older. The average playtime is approximately 1 to 2 hours.
Enjoy two complete games in the Star Wars universe – the campaign game and the skirmish game
Play as a hero of the Rebellion, or command limitless squads of storm troopers, Imperial officers, and massive AT-ST walkers

A thrilling campaign contains over thirty missions, ensuring that the campaign is never the same
Muster a team of soldiers and iconic characters in skirmish mode and battle over crucial objectives 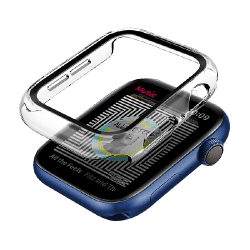 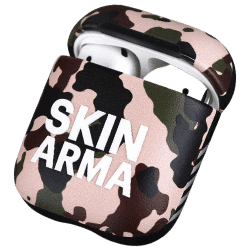 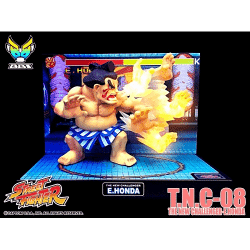 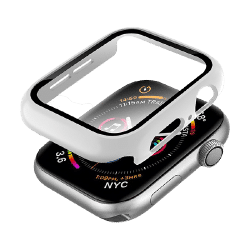 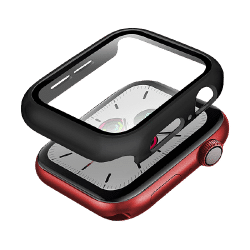