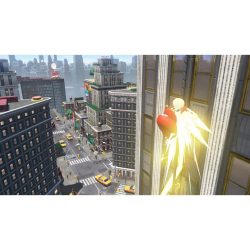 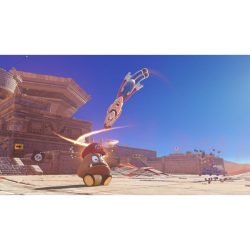 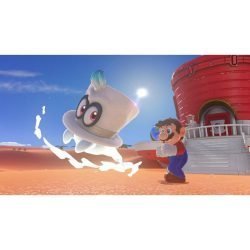 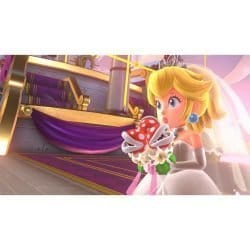 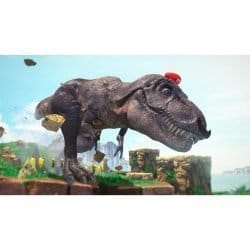 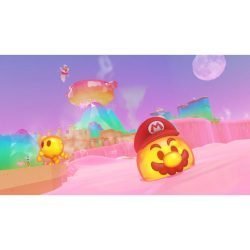 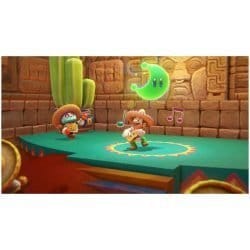 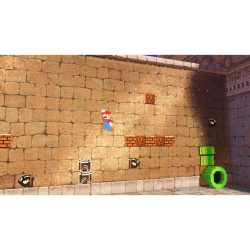 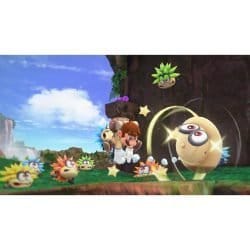 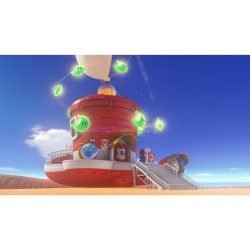 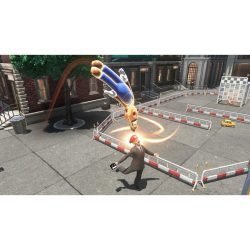 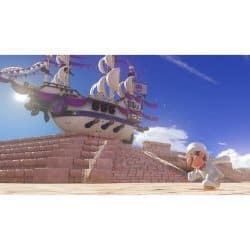 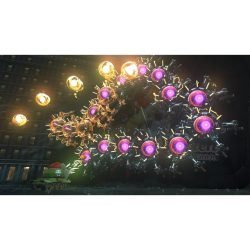 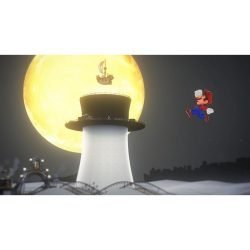 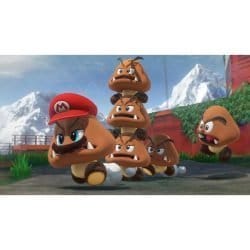 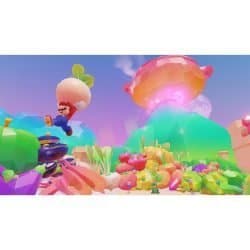 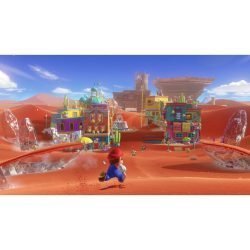 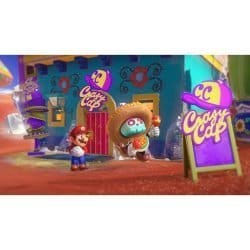 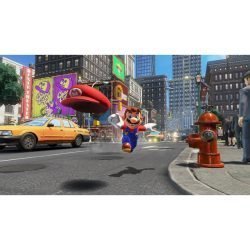 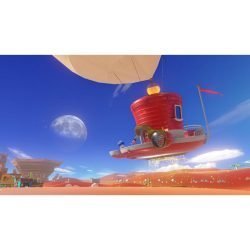 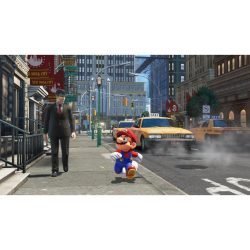 Explore huge 3D kingdoms filled with secrets and surprises, including costumes for Mario and lots of ways to interact with the diverse environments—such as cruising around them in vehicles that incorporate the HD Rumble feature of the Joy-Con controller or exploring sections as Pixel Mario

Thanks to his new friend, Cappy, Mario has brand-new moves for you to master, like cap throw, cap jump and capture. With capture, Mario can take control of all sorts of things, including objects and enemies!
Visit astonishing new locales, like skyscraper-packed New Donk City, and run into familiar friends and foes as you try to save Princess Peach from Bowser’s clutches and foil his dastardly wedding plans
A set of three new amiibo figures—Mario, Princess Peach and Bowser in their wedding outfits—will be released at launch. Some previously released amiibo will also be compatible with this title. Tap supported amiibo to receive gameplay assistance—some amiibo will also unlock costumes for Mario when scanned!

Mario embarks on a new journey through unknown worlds, running and jumping through huge 3D worlds in the first sandbox-style Mario game since Super Mario 64andSuper Mario Sunshine. Set sail between expansive worlds aboard an airship, and perform all-new actions, such as throwing Mario’s cap. 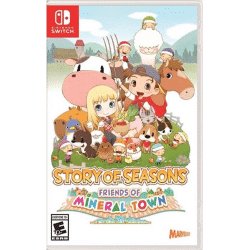 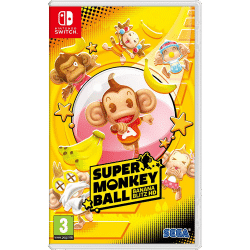